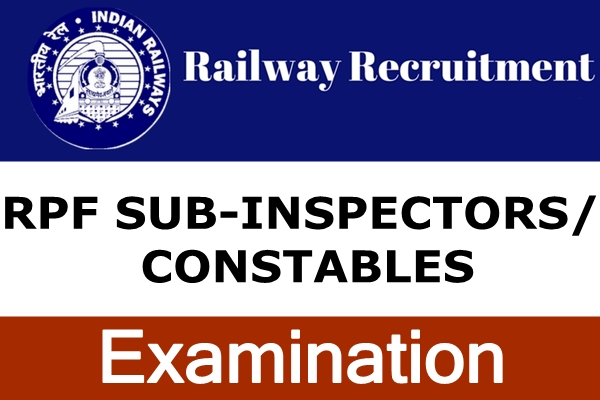 For appearing in the RPF Sub Inspectors/ Constables Examination conducted by the Central Selection Board, Candidates can apply through the application forms published in the daily Newspapers or Employment News.

Respective RRB (Railway Recruitment Board) advertises vacancies in Employment News (a Government of India publication), and also on the website of Indian Railways. Application form can be downloaded from the official website of Indian Railway or taken from the employment news or from this advertisement and submitted on A- 4 size bond paper using one side only and sent to the Nodal Chief Security Commissioner corresponding to the language chosen for the Question Paper.

The Words “APPLICATION FOR THE POST OF ANCILLARY IN RPF including RPSF’ shall be written on the envelope containing the application.

The exact date, time place and venue for the tests will be intimated to the candidates through Call letters. Application should be sent through ordinary post only .No application will be received by hand or by registered post or through private courier service. Applications should be filled by the candidates in their own handwriting in Hindi or English only. Left Hand (Male) & Right Hand (Female) thumb impression of the applicant shall be affixed in the box given on the application form. Applications signed in the capital letters/spaced out letters will be treated as invalid. Application with correction or overwriting or smudged thumb impression may be rejected.

Application must be accompanied by :-

The applications received are screened. Eligible candidates are called for a written exam. The call letters are sent out a month in advance of the date of the examination.