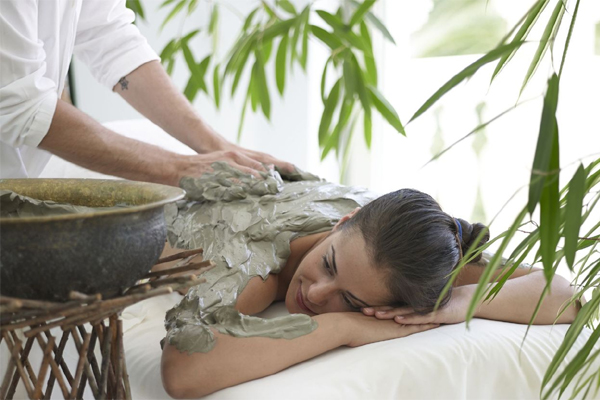 Naturopathic medicine or Naturopathy is a distinct system of health care that uses a variety of natural approaches to health and healing. Naturopathy aims at curing a person naturally using nature cure. It is a scientific system of healing and stimulating the body's inherent power to regain health with the help of five elements of nature - Earth, Water, Air, Fire and Ether. In other words, Naturopathy is one of the major forms of alternative medicine that focuses on an individual's natural healing capacities. Unlike modern medications, naturopathy is commonly used as a corresponding treatment in combination with traditional medicine. It combines traditional and holistic methods to achieve optimal health and wellness. Naturopathic medicine is based on the fact that human body has an innate power to heal itself and naturopathic physicians use treatments to support the body's inherent self healing abilities. Naturopathy is built upon the dictum of Hippocrates, the father of medicine, who declared "Nature cures, not the physicians". The system is known by different names - Nature Cure, the natural methods, the New science of healing and Healing from within. Naturopathy is not only a system of healing, but also a way of life in tune with the internal vital forces or natural elements comprising the human body.

The basis of Naturopathy can be traced back to the beginning of the19th century and to people such as Preissnitz, a therapist in Germany, who used the beneficial effects of water as a therapy (Hydrotherapy) which is an important aspect of Naturopathy. Towards the end of the 19th century in Bavaria, Father Kneipp, a monk, who was obviously a Naturopath treated an American Benedictine by the name of Lust. As a result of his recovery, Lust stayed with Kneipp to study his particular methods of healing and upon returning to the United states he established his own form of natural medicine which he called Naturopathy. Thus at the beginning of the 19th century, Naturopathy began to be formally recognised. The blend of therapies employed by Lust included nutrition and natural diet, Homeopathy, herbal medicine, Hydrotherapy, Chiropractic and the management of stress.

Even though, this oldest form of medicine existed long before today's technological and pharmaceutical advances, it began to decline with the growth of allopathic medicine. Recently people's interest in holistic health, and dissatisfaction with conventional medicine due to its side affects and cost, has staged a rebirth for naturopathy.

Those who practice naturopathy are called Naturopaths or Naturopathic physicians or Naturopathic doctors or N.D's. Naturopaths recognize the reliability of the whole person, and they emphasize the individual's inherent capacity for self-healing. They recognize the connection between the health of the mind and the health of the body. Naturopaths believe that illness is caused by bad living habits like eating the wrong foods, too much stress and not having enough exercise. Naturopathic physicians use therapies that are exclusively natural such as homeopathy, acupuncture, hydrotherapy, botanical medicine, nutrition, massage, exercises and counselling. 'Food is the best medicine' is the basis of naturopathic medicine. Naturopaths give importance to diet, to him medicine is the last resort. He first advices you on your diet, after that only prescribe medicine.

Naturopathic medicine differs from common medical systems mainly in its philosophy. While usually medical doctors treat and relieve a patient's symptoms, naturopathic doctors try to discover the cause of the symptoms by taking into account the physical, mental, emotional, genetic, environmental, and social factors of an individual's health. Naturopathic doctors try to support the natural healing potential of the human body using techniques like good nutrition, natural hygiene, botanical medicine, homeopathy, counseling, and spirituality whereas other medical systems uses drugs and do surgeries as treatment methods. Rather than prescribing a standard treatment for common health complaints, a naturopathic physician provides an individualised approach based on natural therapies.