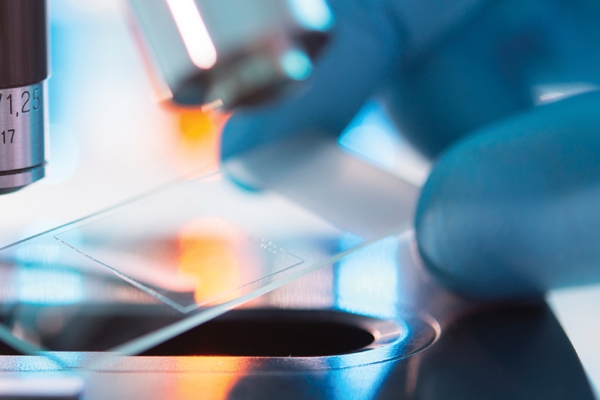 Pathology as a Career

Pathology is one of the oldest medical disciplines. As a medical specialty, the discipline provides scientific foundation for all medical practice. The history of pathology dates back to the Golden Age of Islamic culture, when doctors began to apply scientific method to their patient interactions. The term 'pathology' is derived from the Greek word 'pathos' which means feeling or suffering and 'logi', study. German pathologist Rudolf Virchow (1821-1902) is regarded as the father of pathology.

Pathology is an incredibly varied field of science which focuses on the study and diagnosis of disease through examination of organs, blood, tissue samples, bodily fluids and whole bodies- either living or dead. The field helps in improving the basic understanding and diagnosis of diseases, and evaluates the reasons, processes, progressions and effects of illness through clinical research.

Pathologist is the specialist who conduct various tests and examine the cause of a particular disease to inform the respective doctors on medication and cure. Pathologists concentrate on either plant, animal, or human pathology. Pathologists who deal with human diseases usually act as consultants to other physicians, and thus contribute to the daily care of patients. Along with studying the nature of diseases, they try to discover courses of treatment and other means of disposing of those diseases and ensuring better health conditions for the world as a whole.

A pathologist's role in medical practice is diverse. They can serve as consultants to the physician, consultants to the patient, directors of laboratories, researchers or educators. Pathologists evaluate the extent of the disease, estimate the course it is likely to take, and suggest ways to treat the disease. Surgeons may consult pathologists if they find unexpected problems during an operation. There are various fields in which pathologists can specialise. The two main branches of pathology in medical science are Anatomical or Anatomic pathology and Clinical pathology. There are also other branches like surgical pathology, chemical pathology, forensic pathology, Cytopathology, hematology and so on.

To become a pathologist you need to have science background with physics, chemistry and biology combination. Being a specialized field in medical sciences, only candidates who have completed MBBS, are eligible to pursue M.D. in Pathology. MD is of 3 years.

There is also post graduate diploma programmes which is of 2 years duration.

Main skill required for a Pathologist is his/her ability to make clear and precise observations. Other requisites include attention to detail, ability to express ideas both orally and in writing, critical thinking ability, a genuine desire to serve patients, compassion towards others, emotional stability, ability to take timely decisions and so on. Besides, one should have patience, commitment to excel in their respective field, and self-confidence. Above all he/she must be good at research.

As the role of pathologists in medical care is diverse, job positions for pathologists is spread over a wide area. Pathologists generally function in three broad areas- as diagnosticians in hospitals; investigators or researchers in medical laboratories and as teachers in colleges and universities. Pathologists as diagnosticians uses diagnostic and screening tests to identify and interpret the changes that characterize different diseases in the cells, tissues, and fluids of the body. As teachers, pathologists impart their knowledge of disease to their medical colleagues via consultations and formal seminars, and to house-staff and medical and undergraduate students. They also play a major role in the conferences held by the clinical services in hospitals. The pathologist-investigator seeks new understanding of the basic nature of disease as a first step toward devising better ways to identify, control and prevent it. Their research can lead to novel disease treatments.

Pathologists also find employment with agriculture, public health, law enforcement, and many entities in other fields. Positions for pathologists are available in prestigious government hospitals such as AIIMS (All India Institute of Medical Sciences, Delhi), where the posts are filled up as and when the vacancy arises; in military and government agencies such as the National Institute of Health, Armed Forces Institute of Pathology, and Food and Drug Administration. Drug manufacturing, pharmaceutical and biotechnology companies also employ pathologists. Another option for Pathologists is to start their own diagnostic laboratories or become consultants to private industry.

Specialisation in the field of pathology

Two main branches of Pathology are Anatomical or Anatomic pathology and Clinical pathology. Most pathologists practice both the branches together.

Anatomical pathology- Anatomical Pathology is the branch of pathology that deals with the diagnosis of disease through surgical specimens- i.e Diagnosis of disease based on the microscopic, chemical, immunologic and molecular examination of organs, tissues, and even whole bodies (autopsy). An anatomic pathologist assists surgeons during operations by providing immediate diagnoses.

Surgical pathology- Surgical Pathologist is responsible for diagnosing all tissues removed from the patient during surgery and at autopsy. Surgical pathologists work hand in hand with surgeons, often while a patient is still on the operating table.

Chemical pathology- The branch of pathology dealing with the biochemical basis of disease and the use of biochemical tests for diagnosis and disease management.

Cytopathology- Cytopathologist studies individual cells in smears, aspirates, and body fluids, such as pleural, peritoneal, and cereobrospinal fluids, and urine, to detect disease. Cytopathology, is assuming increasing importance in modern patient care. A common cytopathological test is the Pap smear, which is used to determine cervical cancer.

Hematology- The study of all aspects of blood, including plasma, red cells and white cells, and blood marrow. Hematologists are responsible for the care of patients who suffer from a wide range of blood disorders, such as leukemia, lymphoma, hemophilia, and anemia.

The average annual salary for pathologists is dependent upon geographic location, experience and the type of facility where they are employed. If you are getting into a private company as a pathologist, there are chances of getting higher salary but it will mean more responsibility as well as more work. Pathologists can expect a starting salary anywhere between Rs.15,000 to Rs.25,000 depending upon the competence of the individual pathologist. Within a few years of experience, they can earn up to Rs 60,000 per month in the private sector including other perks. Senior pathologists having experience up to ten years in the field, earn higher salaries and can even enter into administrative field in universities and as head of pathology departments.

The rising demand for experienced pathologists have coerced medical institutions and universities around the country to include pathology courses in their educational agenda. To get the list of institutes click on the course name.