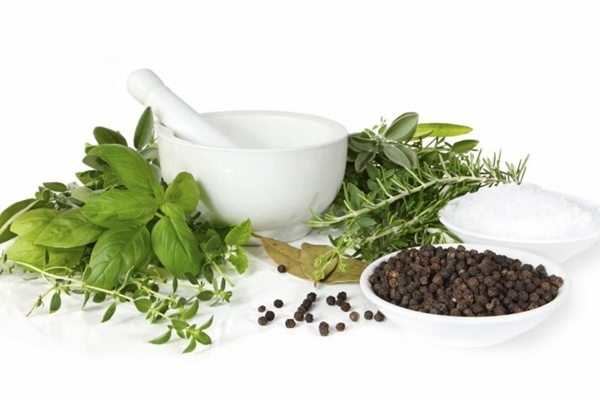 Unani (Unanipathy), one of the oldest medical systems in the world owes its origin to Greece. But later many Arab and Persian scholars enriched the system. Earlier known as 'Galenic', this system became Unani (Arabic name for Greek) system of medicine or Unani-tibb, with the passage of time.

This ancient medicine system of holistic and natural healing which has been practiced for almost 6000 years, came to India through the Arabs. Though it was practiced widely in India during the Sultanate regime, the system suffered a setback during the colonial rule. After independence, it was popularized again in India by Hakim Ajmal Khan and Dr. Salimuzzaman Siddiqui.

The theoretical structure of Unani medicine is based on the teachings of Hippocrates who has based his theory on the four humors in the human body namely Blood, phlegm, yellow bile and black bile. Each of these humor relates to a specific temperament in the human body. Balance of such humors is achieved through curative agents such as minerals, herbs and animal based drugs. Unani is considered as close to Ayurveda medicine of India, because both these medicines are based on the theory of 'the presence of elements' - fire, water, earth and air. At present the Unani system of medicine, with its own recognised practitioners, hospitals and educational and research institutions, forms an integral part of the Indian system of Medicine and India is one of the leading countries so far as its practice is concerned.

Unani system strongly believes in nature and its healing properties. Unani Medicine established that disease was a natural process and that symptoms were the reactions of the body to the disease. According to the Unani system of medicine, a person can maintain proper health by conserving a balance in various life activities. Unani is a holistic approach to healing. As a result, it incorporates various therapies for healing not only the disease, but also focuses on the overall health condition of the patient.

Unani system of medicine recognises the influence of surroundings and ecological conditions on the state of health of human beings. The system has laid down six essential prerequisites for the prevention of diseases and places great emphasis, on the one hand, on the maintenance of proper ecological balance and, on the other, on keeping water, food and air free from pollution. In short, Unanipathy aims at maintaining proper health by conserving symmetry in the different spheres of a man's life. Unani practitioners not only cures bodily diseases but also acts as an ethical instructor.

The diagnosis of diseases in Unani system of medicine is through examination of pulse, urine and stool. In Unani system of medicine various types of treatment are employed, such as Regimental therapy (llaj -bit- Tadbeer), Pharmacotherapy (llaj-bit-Dawa), Dietotherapy (llaj-bit-Ghiza) and surgery (Jarahat). Regimental Therapy - includes venesection, cupping, diaphoresis, diuresis, turkish bath, massage, cauterisation, purging, emesis, exercise and leeching. Dietotherapy - It deals with certain ailments by administration of specific diets or by regulating the quantity and quality of food. Pharmacotherapy - It deals with the use of naturally occurring drugs mostly herbal drugs of animal and mineral origin. Single drugs or their combination in raw form are preferred over compound formulations.

Unanipathy has shown remarkable results in curing diseases like Vitiligo, Eczema, Rheumatoid, Arthritis, Leucoderma, Psoroasis, Jaundice, Bronchial Asthma, Filariasis and several other acute and chronic diseases where other systems do not give the desired level of positive response. The Unani system is a secular system in character and is popular among the masses.