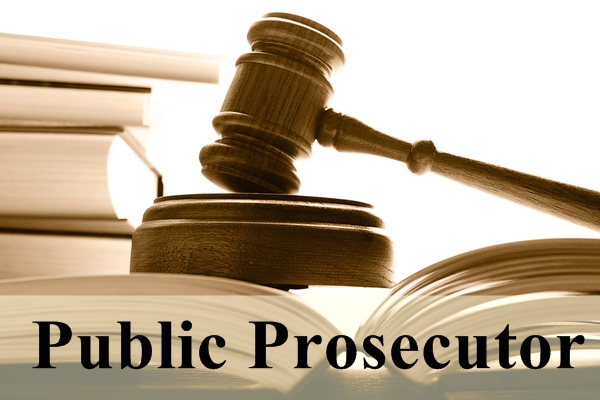 Career as a Public Prosecutor

A Public Prosecutor (PP) is an advocate who represents the state or the people of the state in a criminal trial. The present criminal justice system of our state is based on principle that any crime committed by an individual or groups against others are deemed to have been committed against the society. The prosecution and punishment for the crime is therefore the responsibility of the state and not that victim of crime. Such prosecution, on behalf of state is performed by the Public Prosecutor. A PP can be described as a Minister of Justice who plays a critical role in maintaining purity and impartiality in the field of administration of criminal justice.

Public Prosecutors are part of the judicial process and are considered to be officers of the Court. They are in charge of the trial, appeal and other processes in Court. A public prosecutor's job is to assist the court by placing before the court all relevant aspects of the case. They have to deal with different fields in the administration of justice. The role of the public prosecutor commences once the investigation agency has filed the charge sheet in the court on the culmination of investigation. The PP does not direct police investigations, nor does he advise the police.  They have to be independent of the executive and all external influences. Their duty is to present to the tribunal a precisely formulated case for the crown against the accused and to call evidence in support of it. The PP represents the state in trial of criminal cases. The object of criminal trial is to find out the truth and determine guilt or innocence of the accused. The prosecutor plays important role in reaching conclusion of guilt or innocence by the court. He has to be fair to both sides in the prosecution of the case.

How to become a Public Prosecutor

The Code of Criminal Procedure does not explain about the renewal or extension of the term public prosecutor. They are appointed for a term fixed by the government.

The Central Government or the State Government may also appoint an advocate who has been in practice for not less than ten years as Special Public Prosecutor, for the purposes of any case or class of cases.

Assistant Public Prosecutor :
Section 25 of the CrPC deals with the appointment of an Assistant public prosecutor in every district for conducting prosecution in the courts of magistrate. Law Graduates having 2 years experience at any state bar council and not more than 35 years of age can apply for the post of Assistant public prosecutor. The selection shall be made on the basis of departmental written and viva examination conducted by the respective State Public Service Commission. The written examination will include questions from criminal law, procedural law, general English and miscellaneous laws. Assistant public prosecutor by direct appointment shall remain on probation for a period of two years and those recruited otherwise shall remain for a period of one year as may be ordered by the competent authority.

Public Prosecutor have duties to the State, to the accused and to the Court. Their functions are mainly involved inside the criminal courts. The major responsibility of a Public Prosecutor includes conducting pre-trial investigation in civil and criminal case; supervising implementation of penalties; protecting rights and lawful interests of persons and the State in accordance with procedures established by law; submitting claims and applications to courts in cases as required by law.

The main job of a Public Prosecutor is to initiate and conduct criminal prosecution on behalf of the State. A public prosecutor should discharge their duties fairly and fearlessly and with full sense of responsibility that attaches to their position. They should present before the court all the relevant facts of the case, witnesses and evidence to enable the court to decide the case. They should act in accordance with the directions of the judge and assist the Court in reaching a proper conclusion in regard to the case, which is brought in for trial. When the accused appears or is brought before the court in pursuance of a commitment of the case under section 209, the prosecutor shall open his case by describing the charge brought against the accused and stating by what evidence he proposes to prove the guilt of the accused.

The job responsibilities of public prosecutor vary from jurisdiction to jurisdiction; however all the prosecutors work essentially for the same mission. They deal with the cases with highest level of importance and appears mainly in the High Court and also in Sessions Courts.

Public Prosecutor can withdraw from the prosecution with the consent of the Court at any time before the judgment.

In India Pay scale for the position of Public Prosecutor varies according to their jurisdiction. These government employees are entitled to receive pay scales as prescribed by the government and also receives perks and other allowances. Public prosecutors are also sometimes paid on consolidate pay basis (a fixed salary without any perks or allowances). Public Prosecutors working in the central bureau of investigation can get a consolidated pay scale.