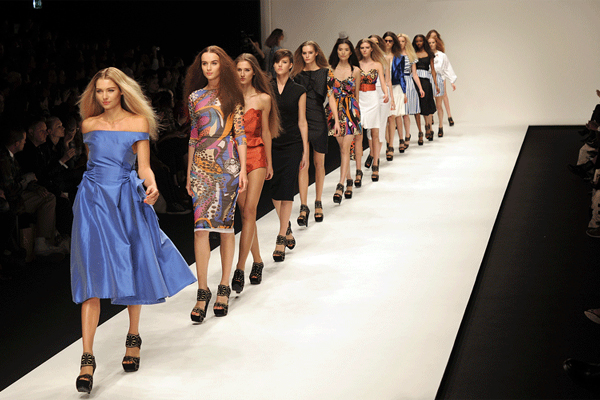 There is no dearth of jobs in modelling these days. Job prospects are available to models :

Television modelling: This involves modelling before the Movie camera, to be used for Television commercials, cinema, video, internet etc. Modelling for video or films often includes some acting or dance and is mostly conducted on location. To make a successful television model you need a flair for acting.

Print modelling: Models generally pose for still photographs, to be utilized in the press advertisements, brochures, magazines, catalogues, calendars etc. Models for print media have to work along with ad agencies and photographers.

Show room modelling : As per the name it take place in the showrooms. Models work generally for the exporters, garment manufacturers and the big garment retailers to display the latest trends of fashion to the buyers.

Ramp or catwalk modelling / Live modelling: Requires models to display the garments and accessories in front of a live audience. This can be at an exhibition or a fashion show, or at a showroom or point of purchase. Ramp modelling, thus, requires long hours of practice. Performing in a live show before an audience can be very stressful. It requires tremendous confidence and poise. Ramp models should have a good posture, walking style and body language.