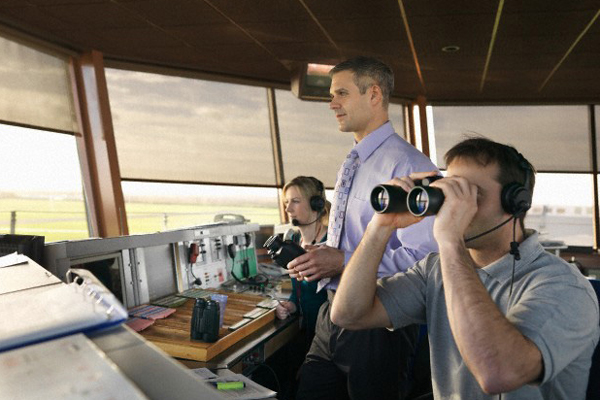 ATC careers are suitable for those who can analyze situations at a moment's notice, make quick calculations and react in a safe and efficient manner. It is a job that should be handled with utmost responsibility, since Air Traffic Controllers have to take care of large number of lives in their hands. If there is even small chance for error and if you make a blunder, the aftermath could be appalling.

The most and the primary duty of an Air Traffic Controller is to coordinate the positions of different aircrafts and to ensure that all are safe both in the skies and on the ground at airports. The controllers give pilots taxiing and takeoff instructions, air traffic clearance and advice based on their own observations and information received from the National Weather Service, air route traffic control en route centers, flight service stations, aircraft pilots and other sources. They apply specified separation standards that allow aircrafts to maintain safe distances from each other in their delegated airspace areas and also on airport surfaces. They must be able to recall quickly, the registration numbers of aircraft under their control, aircraft types and speeds, positions in the air, and also the location of navigational aids in the area.

Even though it is a lucrative career, life as an ATC officer can be taxing and dull. People opting for this career have to work from the control tower in an airport, spend long hours of the day wearing earphones and giving orders to pilots looking to land or take-off from the airport. Since most airports do not close for the night, they have to work for long shifts and do not get too many long vacation breaks.

Air traffic controllers are a part of an extensive network of technicians and generally work in teams. As soon as they enter the airspace of the airport, each controller is assigned with a fixed number of planes. They manages all aspects of the allotted aircraft's flight. Apart from communicating with the pilot, air traffic controllers typically perform :

Pay Scale of air traffic controllers varies considerably depending on one's qualification, experience and the type of aircraft they work for.  The initial pay scale of Junior Executive ATC is around Rs. 40,000/- per month. With years of experience, this field may command a gross income of Rs. 1,50,000/- .

In addition, an ATC receives different allowances based on the acquired skills. These are known as rating allowances which each air traffic controller  receives although the amount of the allowance vary depending on the city with which he or she is assigned.