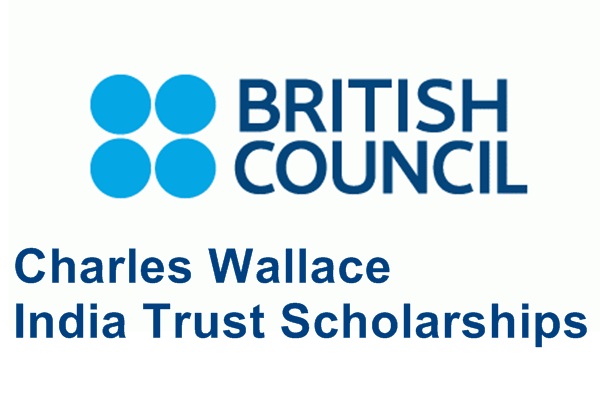 Charles Wallace India Trust (CWIT) is an award or scholarship trust for students of arts, humanities and heritage conservation. Charles Wallace (1855-1916) was the resident of Kolkata and founder of Shaw Wallace Company. This scholarship upon his name enables the Indian students to fulfill their artistic, professional or educational aspirations by studying in UK and making their career brighter by widening their international contacts. Charles Wallace India Trust is an agreement between Indian and British government, in year 1981, and is run by four trustees- Ingval Maxwell, Dr Yasmin Khan, Caroline Douglas and Colin Perchard. One of the four trustees is nominated by the British Council (Colin Perchard is a nominee of British Council).

Every year CWIT offers upto 10 long term awards. These are to give practitioners in early or mid career a chance to gain wider experience and exposure, or to study. The balance between Arts and Heritage Conservation varies from year to year depending on demand and performance at interview.

The awards, which are generally from 2-3 months up to a maximum of a year, cover accommodation and living costs in the UK ,fees where they are payable and a contribution to international fares. CWIT does not support 2 year courses.

Which fields of the Arts and Heritage Conservation does CWIT cover?

Applicants should
•   be Indian citizens living in India.
•   be aged between 25 and 38.
•   have a first degree or diploma or professional qualification in their specialization. CWIT prefers applicants with significant working experience.
•   not have received a CWIT grant within the last 5 years.

•   completed application form including a Statement of Purpose ( not more than 2 pages) stating clearly in detail what you want to do in the UK or which course you plan to follow and how you plan to put this to use on returning to India.

•   evidence that you have been accepted unconditionally on the course, program, attachment or internship for which you have applied, or that progress towards acceptance has been made

•   evidence of a good working knowledge of English