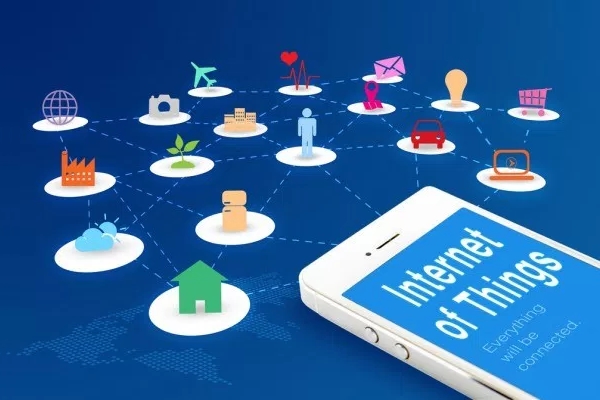 Careers in IoT (Internet of Things)

Internet of Things more popularly known as IoT is a computing concept that describes the idea of everyday physical devices being connected to the internet and being able to identify themselves to other devices. It is a virtual network of any type of objects embedded with electronics, software, sensors, actuators and network connectivity which enables these objects to connect and exchange data.

Internet of Things can connect devices embedded in various systems to the internet. When devices/ objects can represent themselves digitally, they can be controlled from anywhere. The connectivity then helps us capture more data from more places, ensuring more ways of increasing efficiency and improving safety and IoT security. The 'thing' in IoT could be a person with a heart monitor or an automobile with built-in-sensors or a connected security system, electronic appliances, lights in household and commercial environments, alarm clocks, speaker systems, vending machines and more.

However simple it sounds, the internet of things is a difficult concept to define precisely. In layman terms, IoT is a mesh of physical objects that are connected to the internet and controlled remotely. In technical terms, this translates to collecting large amounts of unstructured data, analyzing them, and then predicting future behaviors. This, in turn, involves multiple network protocols, frameworks and languages.

IoT is a large network consisting of people, things and their connections. These devices gather large amounts of data, supplying us with masses of new information to analyze. This new information is gathered by all your devices: from smart pens to smart phones. Simply saying, IoT is the technology that lets you to connect everything, from your home security system, air purifier, lighting, music, television - all from the central processing unit i.e your smartphone. Even our clothes could be internet-enabled and the washing machine might notify repairman if it requires fixing.

The concept of IoT explains that how internet and technology are changing the world and their impact on our lives. Most of the IoT devices doesn't need any human intervention: they can self-maintain, self-propel and self-drive. As per the study done by US technology firm Gartner, over the next five years, around 26 billion items will have computer chips, each wirelessly connecting nonliving devices to the internet. No wonder there would be a wide scope for internet of things, as it is the next revolution.

How does IoT Work

IoT is not a specific software or hardware or any other specific technology. It is a concept of integrating hardware, software and networks to get the desired results. A complete IoT system consists of four distinct components namely sensors or devices (hardware), connectivity, data processing (software) and a user interface.

First, sensors or devices collect data from their environment. Then that data is sent to the cloud, which is a huge, interconnected network of powerful servers that performs services for businesses and for people. The sensors/devices can be connected to the cloud through a variety of methods including: cellular, satellite, WiFi, Bluetooth, low-power wide-area networks (LPWAN), etc. Once the data gets to the cloud, software performs some kind of processing on it, that may be simple or complex depending on the data received. Finally the information is made useful to the end-user, i.e by sending an alert or automatically adjusting the sensors/devices without the need for the user. Although IoT system needs some kind of connectivity, there are certain cases where the data processing or the interaction with the sensor/device through the user interface can take place without any data first being transferred over an external network.

For its smooth functioning, Internet of Things needs an IoT platform that exists in data processing. IoT platforms are the support software that connects everything in an IoT system. Sometimes referred as IoT middleware, IoT platform is a mediator between the application layer and the hardware. The set of components of an IoT platform enables operation of applications that manage, control and monitor devices as well as deploys independent and secure connectivity between devices, remote data collection from connected devices and sensor management. Connectivity/ M2M platforms, IaaS backends, Hardware-specific software platforms and Consumer/enterprise software extensions are the four types of platform that are often referred to as IoT platforms .

How to get into the field of IoT

There is no specific degree on IoT. IoT courses are mainly suited for engineering students and graduates with a basic understanding of electronics and microprocessors. IoT is not taught as a major subject in engineering courses. AICTE has revised the curriculum for the four year undergraduate programme and the frst year engineering students will study big data analytics, artificial intelligence, robotics and internet of things and undergo mandatory induction programme and internships.

IoT Course Curriculum Consists of an overview of what is IOT; how it actually works and its impact on customers and businesses; detailed explanation of each layer of IoT and its role; IoT technologies used for communication, different protocols and their applications; Introduction to Cloud and Cloud Platforms etc.

Several National Institute of Electronics & Information Technology (NIELIT) centers are offering PG Diploma in Internet of Things (IIoT). This course focuses on the latest microcontrollers with application development, product design and prototyping and uses a blend of lectures and experiential learning tools to provide expertise in ideation, design, development, and deployment of IoT applications and systems.

To start up a career in IoT, the first and the foremost thing needed is the basics knowledge of electronics. To excel in IoT field, one must have a strong command on :
Embedded Systems
Computer Programming
Networking
Data Management
Machine Learning
Network Security
UI / UX Design
Cloud Computing
Mobile development

Besides these technical skills, to expose your work effectively, it is essential to have written / verbal communication and presentation skills. Associative Thinking, Collaboration, Intelligence and Persistent are some of the innovation skills required for an IoT professional.

As mentioned earlier the four major stages in developing an IoT device are :

While choosing a career in IoT, one must be familiar with the qualification and specialisation needed for each stage. Each stage requires different skilled personals. Electrical, electronics and instrumentation engineering skills are needed for IoT device manufacturing field while IoT data analytics, mobile apps and UI development requires a background in Computer science.

Some among the highest paying and most sought after job titles in IoT include :

Other job profiles in IoT are :

How much does an IoT Professional earn?

Freshers in this field can earn upto 6 - 10 lakh or above per annum depending on their industry and location. Delhi-NCR provides the highest salary in IoT professionals and it is followed by Mumbai , Chennai and Pune. Depending on the various stages of IoT, the pay scale varies. For experienced IoT professionals, sky is the limit.