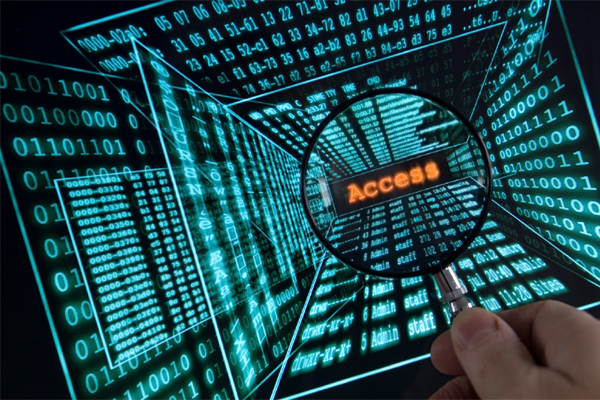 Ethical Hacking as a Career

Security is a major concern these days, not only in physical space but also in the cyber space. Breaking into computer systems which once was a pastime for geeks, now has become a full-fledged career option. In recent years, there has been an alarming increase in the number of cyber crime cases on the Internet like hacking email accounts, stealing and intercepting sensitive data, password attacks, abusive emails etc. This has increased the demand for ethical hackers who are our saviors.

Although hacking is an offense, it is considered ethical only when it is done under a contract between the hacker and the organization. When we hear the word 'hackers' a fear comes to us. But 'ethical hackers' also known as a 'white hat' is our friend. An ethical hacker is someone who hacks with legal permission to strengthen systems and makes them penetration-proof. Ethical hacker is a network or computer experts who help in finding loopholes in an IT system to seek vulnerabilities if any, so that the system remains safe from any malicious hacker. Ethical hacking, also known as penetration testing, intrusion testing or red teaming is used to find loopholes in an IT system and break into it.

Ethical Hackers are technically skilled IT professionals with a strong desire to solve problems and prevent malicious hackers from causing damage to network systems. Ethical hackers are well versed in computer and networking algorithms. They report the loopholes in the security system to the owners and provide solutions to protect the network. In other words, ethical hackers try to penetrate networks, detect the vulnerabilities in the security systems and fix them before any troubleshooter can take advantage of it. An ethical hacker is generally appointed by huge corporate companies to ensure the safety and privacy of their data. Computer security is a global issue and it's the job of an ethical hacker to make the cyber space safe, now and forever.

Those who have an educational background in computer science or IT or computer engineering can enter the field of ethical hacking.

They must know programming languages like C, C++, Python, Ruby etc. The understanding of widely used operating systems like the various versions of Windows, Linux and Firefox etc. is also an important part of your knowledge base. Some of the known certifications in Ethical Hacking are CEH (Certified Ethical Hacker) and CHFI ( Computer Hacking Forensic Investigator) offered by EC Council; CCNA Security (Cisco Certified Network Associate Security); SCP's SCNS (Security Certified Network Specialist) & SCNP (Security Certified Network Professional); CISSP (Cerified Information Systems Security Professional) offered by Intl Information System Security certification Consortium and many more. Certification from SANS institute in the US though expensive is another valuable certification in the field. Courses can be neutral, or vendor (company) specific such as certifications offered by Cisco, Microsoft, Novell etc. Ethical hacking course trains a student to find loopholes in a network or a programme, using similar methods as that of hacking. The intense certifications mentioned above provides critical network security fundamentals for all network administrators. Skills covered include the design and implentation of firewalls, IDS, wireless security, Cryptography, Linux security, Windows security among others.

To become an ethical hacker, being computer savvy and gadget friendly are important pre-requisites. To be a professional ethical hacker you also require motivation, dedication, analytical thinking, initiative, problem solving ability, investigative nature and formal training in ethical hacking. Honesty, integrity and trustworthiness are also highly essential in this field. Ethical hackers must have adaptability and resourcefulness to troubleshoot any unforeseeable snags during testing software and systems. They must also have good computer hardware and software knowledge. There should be a keen interest in the Internet and basic knowledge of networking and programming. Above all he must be a certified ethical hacker. Continuous training & updation, as well as knowledge in various technologies is a must for a ethical hacker.

With internet use mounting worldwide and cyber crimes increased as well, ethical hackers have become an integral workforce of any IT security industry today. However, currently there is a huge gap between the demand and supply as far as ethical hackers are concerned. Hence, scope for a fresher is lucrative not only in India but globally.

Internet security and Networking are the two fastest-growing industries where ethical hackers can find employment in ethical hacking and information security. Ethical hackers are hired to find out any vulnerability that might exist in their network and to find out how to fix them. They can join the government as well as private organisations as cyber security experts. IT firms are the main recruiters of ethical hackers. However, it is not limited only to IT companies but such experts are also required by financial service providers, airlines, retail chains, hotels and several government agencies.

Some large organisations employ security testers and others use contractors to audit their systems. Graduates can set up their own companies offering ethical hacking services. Companies such as Wipro, Infosys, IBM, TCS, Tech Mahindra, HCL, Airtel, Reliance and many more are also looking for good ethical hackers.

Remuneration of an Ethical Hacker

Not only has the career avenues available for an ethical hacker has increased, even the remuneration that a certified ethical hacker gets has shown a significant jump.

A fresher in the field can earn a minimum of Rs 2.5 lakh per annum. Initially one has to work as an assistant or trainee for security system till he can be experienced enough to be an ethical hacker on his own. With experience, one can expect upto Rs 4.5 lakh per annum. However, those with work experience of five years or more can get from 10 to12 lakh per annum.

For details of institutes that offer courses for ethical hackers in India, Click on the course name