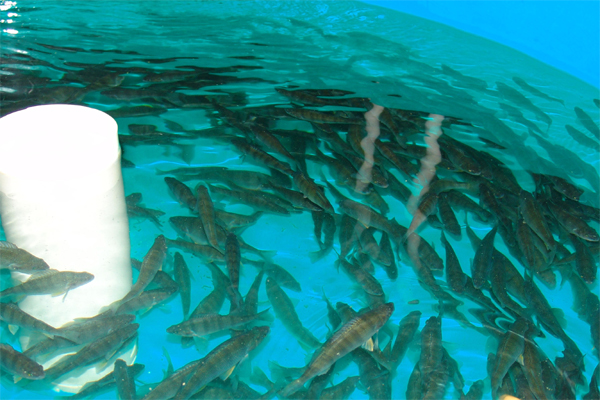 Aqua Science is the multi-disciplinary study of the Earths Oceanic and fresh water environments. About three-quarters of the Earth's surface is covered with water, so aqua science has emerged as an important subject area. Also known as Aquatic Science, the subject encompasses a range of disciplines concerned with the oceans, rivers, lakes, streams, ponds, wetlands etc, their geology and composition, and the life forms that live in them. It tries to predict the quality of life for future generations, the impact of greenhouse gas emissions, ozone depletion, and changes in currents and ocean temperature. In a broad sense it studies the earths interrelated elements such as atmosphere, oceans and land mass, the changes in their processes, and their relationship to the changes happening to the earth.

Important subject areas under Aquatic Science include Aquaculture which refers to the cultivation of aquatic organisms such as fish, crustaceans, molluscs and aquatic plants under controlled conditions; Oceonography which explores oceans and estuaries by integrating the principles of Biology, Chemistry, Geology, Meteorology and Physics to study; Limnology which studies rivers, lakes, streams, ponds etc using the same principles of basic sciences, Marine geology etc.

Aquaculture involves cultivating freshwater and saltwater populations under controlled conditions, and can be contrasted with commercial fishing, which is the harvesting of wild fish. It further covers an important subject area called Mariculture which refers to aquaculture practiced in marine environments. Particular kinds of aquaculture include algaculture (the production of kelp/seaweed and other algae); fish farming; shrimp farming, shellfish farming, and the growing of cultured pearls. Aquaculture is nothing but the commercial breeding and farming of various species of fish and aquatic species under controlled conditions. The main aspect of aquaculture is fish cultivation which is aimed at human consumption and for industrial and medicinal purposes. Aquaculture is perhaps one of the oldest industries in the world. One of the first known countries to adopt aquaculture is China in 2500 BC. Aquaculture however expanded and became a full fledged industry only in the 20th century.

Aquaculture and fisheries is related to one another and one can hardly make out any difference between the two. Though Aquaculture and fisheries have more similarities between them, there is a significant difference between aquaculture and fisheries. Fisheries are concerned with fish or shellfish. It mainly deals with catching, processing and selling of fish. On the other hand, Aquaculture is related to the cultivation of both aquatic animals and aquatic plants. Aquaculture is also called as 'fish farming' and it involves the natural or controlled cultivation of shellfish, fish and seaweed in fresh water and marine environments. Fisheries are solely related to catching wild fish or raising and harvesting fish through aquaculture or fish farming. On the other hand, Aquaculture is not pertained to cultivating and harvesting fishes alone. While fishery professionals focus on commercial aspects of sea food production, processing and marketing, aquaculturists focus on the production and breeding of all varieties of commercial aquatic species. Aquaculture is a science that involves all aspects of marine life. Some examples of aquaculture include raising catfish and tilapia in freshwater ponds, growing cultured pearls, and farming salmon in net-pens set out in a bay.

Farmers, who breed and grow shellfish, crustaceans, finfish or aquatic plants for profit in controlled or semi-controlled settings are called aquaculturists. In general, aquaculturists may work on ocean pens off the coast growing marine finfish, or on inland farms where freshwater species can be cultivated in ponds. Aquaculturists are responsible for designing and construction of fish farming ponds and fish hatchery units as well as aquarium management for the production of ornamental fish species which has great export value. Aquaculturists may be concerned with the raising of aquatic animals and plants for reasons such as production of food, stocking of public water bodies, and for public or home aquaria.