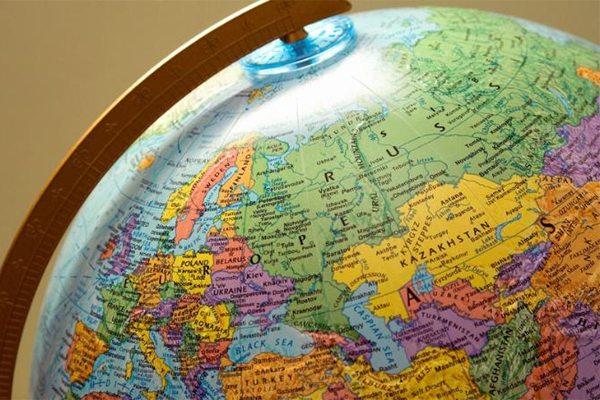 Geography- the Science of Earth, is a diverse term which deals with aerial differentiation of the surface of the earth. Derived from the Greek words 'Geo or Gaea' ( Earth) and 'graphein' (to describe or to map), geography literally means 'to describe or write about the earth'. Hence geography can be described as the study of earth; location and distribution of its physical and cultural features; land forms; climate; soils; vegetation; mineral; water and human resources. Geography is not a mere academic subject, but it involves finding out the facts on earth. The individuals associated with geography are called Geographers.

Geographers are scientists who study about the physical details of the environment, its effects on human and wildlife, weather and climate patterns, economics and culture. The Greek Scholar of third century BC, Eratosthenes who had calculated the circumference of the earth for the first time is considered as the father of Geography while Alexander Von Humboldt is regarded as the founder of modern geography. The modern geographer's scope extends far beyond describing the earth.

Geography provides numerous options for those who have a keen interest in subjects like countries, people, economy, climate etc. Due of the latest technological developments like Remote Sensing and Geographical Information System (GIS), careers in geography are becoming more promising and challenging than ever before. Remote Sensing is the science that acquires information about an object, area or anything, without direct contact with the objects. The information's are transferred with the help of electromagnetic radiation (EMR) which is a form of energy that reveals its presence by the observable effects it produces when it strikes the matter. GIS is a computer based information system which is used to digitally represent and analyze the geographic features present on the earth surface and the events that take place on it. In GIS data collection, GPS (Global Positioning System) technology which uses satellites and computers to compute positions anywhere on earth with unequalled accuracy and flexibility, has tremendous amount of applications.