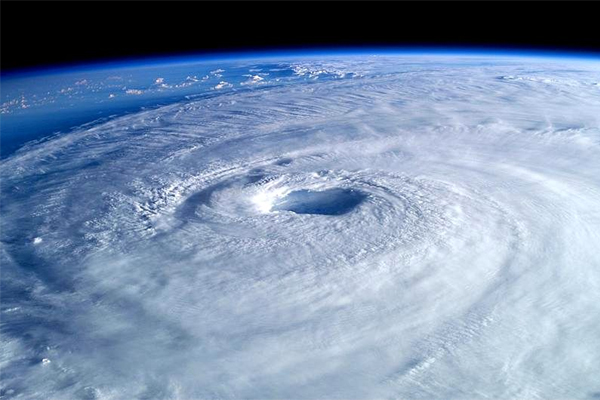 Meteorology as a Career

If you are curious about nature, especially the weather and climatic changes, and wonder why clouds look different today or about the humidity, then Meteorology is the career most suited for you, which in turn will clear all your doubts.

Meteorology is referred to as the science of atmosphere, which is the blanket of air covering the earth. The word 'Meteorology' comes from the Greek word 'meteorol', which refers to something that occurs high in the sky. Meteorology is a sub-discipline of Atmospheric science that mainly focuses on various aspects of the atmosphere, especially that of the weather and climate. In this field we study about weather, climate and the forces that cause change in our environment. In simple terms it is the study of weather and weather forecasting.

Those who specialise in the field of meteorology are called Meteorologists or Climatologists or Atmospheric scientists. The main task of a meteorologist is to collect and analyze information on atmospheric conditions. A meteorologist is responsible for forecasting the weather by measuring temperature, humidity, pressure, wind speed, rainfall and air quality using various equipments like rain gauge, anemometer, thermometer, barometer and so on. Now there are more complex observing techniques using satellites. These observations are plotted on charts and meteorologists analyse them and forecast the weather. The field involves research, teaching, consulting and forecasting.

Meteorology as a career deals with study and research of the atmosphere, prediction of the weather, identification and interpretation of climatic trends etc. As such, the field of meteorology includes both weather and climate and is concerned with the physical, dynamical and chemical state of the Earths atmosphere and interactions between the atmosphere and the Earths surface. There are three aspects of meteorology- observation, understanding and prediction of weather.

There are number of branches in meteorology in which specialization can be sought. They are: Climatology- The study of the climate of a place or region on the basis of weather records accumulated over long periods of time; Synoptic Meteorology- This branch studies the movement of low pressure areas, air masses, fronts and other weather systems, depressions and tropical cyclones; Dynamic Meteorology- This particular branch of meteorology attempts to describe the atmospheric processes through mathematical equations which together are called a numerical model. Physical Meteorology-Physical meteorologists study the chemistry of the atmosphere and play a vital role in providing advice on how best to harness renewable energy resources such as wind energy. Agricultural Meteorology- Agricultural meteorology comprises the study of the effect of weather on crops, the application of all information related to meteorology in order to the improvement of crops and minimization of the adverse effect of weather on crops. Applied Meteorology- Applied meteorologists use weather information and adopt the findings of theoretical research to suit a specific application.

Weather plays a significant role in everyone's day to day life. If we take the case of any news broadcast, weather update is omnipresent. Fields like agriculture, civil aviation, fishing etc depend much on the weather. Hence, Meteorology has great application in agriculture, air-pollution control, air and sea transportation, military operations, space and in the study of trends in the earth's climate such as global warming or ozone depletion.

Those who wish to pursue a career as meteorologists must have good knowledge of mathematics and physics. An interest in environmental issues is also essential. People opting for this career needs to have good data analyzing skills, communication skills, problem solving skill as well as an ability to take timely decision. They must be able to present findings and predictions clearly, both verbally and in writing. Excellent computer skills are a must as meteorology depends on advance technology and softwares. They must also be able to work as a team.

Meteorology is a lucrative career option for all those who have always been keen to learn more about science and weather forecasts. Nowadays, with climate change and various environmental issues rocking the world, the role and scope of meteorologists has increased manifold. There are jobs within the government service, private companies, colleges and universities. Main jobs for meteorologists are that of research and teaching.

The Indian Meteorological Department (IMD), National Centre for Medium Range Weather Forecasting, Indian Institute of Tropical Meteorology etc. recruits candidates through Union Public Service Commission (UPSC). Those with Masters degree can apply for the posts. Besides government entities, Private enterprises like consulting firms, gas and oil exploration companies and hydroelectric plants hire meteorologists. They can also join universities as researchers. There is great scope for research, as several institutes like Indian Association for the Cultivation of Science, Indian Institute of Tropical Meteorology recruit people for various research works. Aviation is another choice in the field. Airline companies hire their own meteorologists. Another career opportunity for meteorologists is lecturing at a university or college.

A number of universities including IITs are offering undergraduate and postgraduate programs in Meteorology/Atmospheric Sciences. To get the institute details click on the course name.