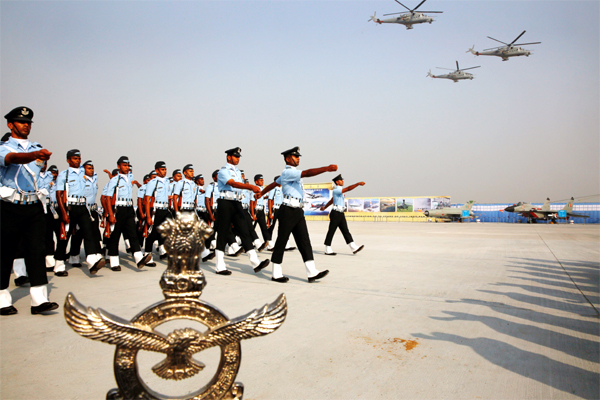 As an airman in the Indian Air Force, you get the opportunity to move ahead in your ranking by moving on to specialised trades or also become an officer. Enterprising Airmen are nominated at regular intervals for the post of officers and will be granted one of the following Commissions

Permanent Commission
An airman, between nineteen and twenty years of age with the right educational qualifications,  you can volunteer or apply to the Flying Branch for a Permanent Commission. After you clear the selection procedure, you can look forward to a career as a pilot in the Indian Air Force. If you are already serving as an airman, you can apply for selection as an officer in the Ground Duty Branches (other than the Medical Branch).

Branch Commission
You can also be nominated for the post of officer during the course of your career. In recognition of your hard work and competence, the Air Force station where you operate can recommend you for a Branch Commission. On approval, you can join the Ground Duty Branches (other than the Medical branch) in the rank of Flying Officer. You can then look forward to a promotion up to the rank of Squadron Leader. (Only Master Warrant Officers / Warrant Officers / Junior Warrant Officers and Sergeants of the Technical and Non-Technical Trades can be nominated for the Branch commission.)