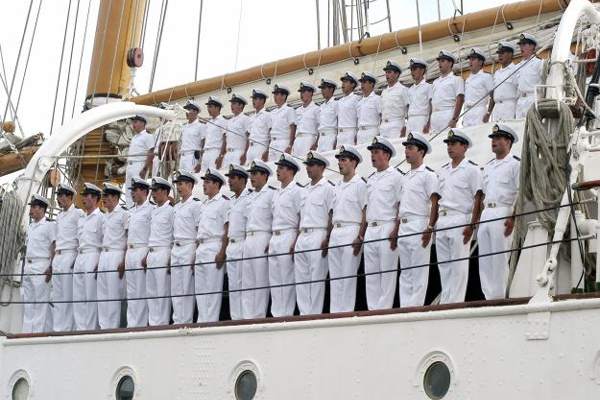 The Merchant Navy is a non-combatant commercial fleet, which deals with transporting cargo and occasionally, passengers, by sea. Its fleet is therefore composed of passenger vessels, cargo liners, tankers, carriers, as well as other special types of vehicles. A career in this field is full of adventure and long voyages to exotic places. Above all this, the excellent pay and promising promotional opportunities make the career lucrative and exciting in spite of all the hard work life and long absence from family and home.

The main positions open in the merchant navy are for navigating officers, radio officers and marine engineers. They are usually employed by shipping companies on a contractual basis, which is generally of six to nine months' duration. Earlier a career in this field was considered purely for men. Women were not generally known to take up jobs in Merchant navy but the past few years have seen a positive change with many women taking up jobs as ship doctors and radio officers.

In Merchant Navy, major tasks performed are in three basic areas of a ship. The Deck, the Engine and the Saloon Department. There are thus, many career options that are available for any youngster who has dreams to join the merchant navy. The deck officers include the captain, chief officer, second officer, third officer and other junior officers. The engine department consists of the chief engineer, second engineer, third engineer, fourth engineer, electrical officer and junior engineers. The service department manages the kitchen, laundry and other services.  Jobs are available with shipping companies in India and other countries.