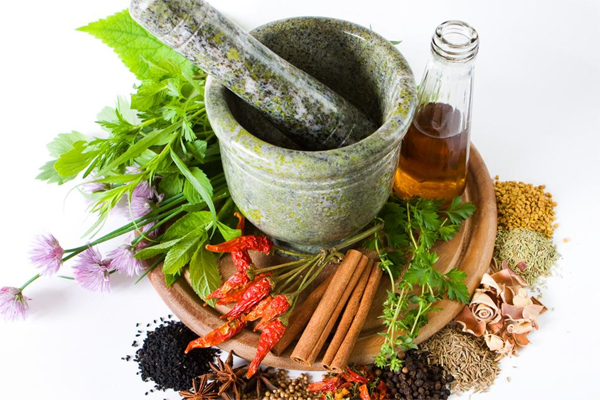 Siddha System of Medicine also known as Siddha Vaidya in India, is the oldest among the Indian Medical Systems. It is about 10,000 years old. Siddha System of Medicine is considered to be of Dravidian origin and has all its literature  in Tamil. The word 'Siddha' comes from 'Siddhi' which means an object to be attained or perfection of heavenly bliss.

Siddha can be termed as a scientific art, which was founded by siddhars or evolved souls (numbering 18) who lived in the past. Of these 18 Siddhars, Agasthiyar is considered the foremost and his work is considered as outstanding in Siddha Medicine. More than just a medical system, Siddha is a method dealing with intense spirituality and immense possibility for the betterment of human beings. In short, Siddha medicine means 'Medicine that is eternally perfect'.

Like Ayurveda, Siddha is also a traditional medicinal system of India. Siddha originated and flourished in Tamil Nadu, South India while Ayurvedha is prevalent both in South India as well as North India. The basic concepts of the Siddha medicine are the same as those of Ayurveda. In both systems, the basis of treatment is the three element theory or 'tridosha' (three humours). The three humours are Vatha (air), Pitta (bile) and Kapha (phlegm). It is believed that without these humours an individual cannot exist and imbalance of these may cause diseases. The major factors that affect or disturb the equilibrium state of these three humors (tridhoshas) in our body are diet, physical activities, environmental factors and stress.

The basic concept of the Siddhars, 'food is medicine and medicine is food' very appropriately captures the holistic approach adopted by Indian systems of Medicine. According to Siddha medicine, there are seven elements viz. saram (plasma), cheneer (blood), ooun (muscle), kozhuppu (fat), elumbu (bone), moolai (nerve) and inthiriyam (semen) that are responsible for physical, physiological and psychological functions of the human body. These seven elements are activated by three components or humors viz. vatha (air), pitha fire or heat or energy) and kapha (water).

Siddha medicine system has a vast wealth of drug knowledge. In Siddha, medicines are based mostly on herbs and metallurgy. Preparations are made mainly out of the parts of the plants and trees such as leaves, bark, stem, root etc., but also include mineral and some animal substances. Powdered gold, silver and other metals extracts from pearls and corals, and juices of herbs are mainly used for the manufacture of Siddha medicines. The use of metals like gold, silver and iron powders in some preparations is a special feature of siddha medicine, which claims it can detoxify metals to enable them to be used for stubborn diseases. The treatment of Siddha medicine is aimed at keeping the three humors at equilibrium state in the body thereby keeping the seven elements in normal condition to have a healthy body and mind. The Siddha system include not only medicine and alchemy but also yoga and philosophy.