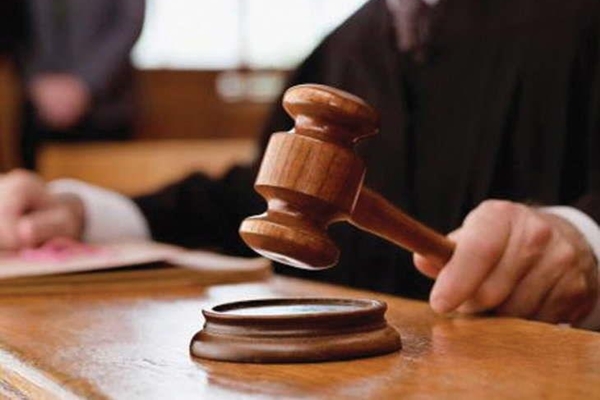 Judge is the highest and the most respected position in the legal/ judicial system of India. Judges are impartial decision-makers in the pursuit of justice and they rule on questions of law, act as a referee between the litigating parties and renders decisions in legal disputes.

The terms 'Judge' and 'Magistrate' are often confused and generally is believed to be the same person. But the terms have two different meanings and refer to two very different positions and power. A judge is bestowed with more powers than a magistrate. A Judge is a person who presides over court proceedings, either alone, with a panel of judges or a jury, depending on the jurisdiction. A Judge hold more administrative power and are responsible for handling criminal cases, federal cases, constitutional cases and high priority cases. The judge is expected to hear all witnesses, view all evidences, access the arguments by the prosecutor and the defendant, and form an opinion and give a verdict. On the other hand, Magistrate who is considered as an officer of the state, is responsible for handling smaller and minor cases. They are appointed in Magistrate Courts by the Judge and has limited power in terms of authority, law enforcement and jurisdiction.

Judges are always appointed or elected to their positions with political support. The duties, method of appointment, discipline and training of judges vary depending on their jurisdictions and powers. They are endowed with large duties and responsibilities to work for the betterment of the country and performs a variety of tasks inside and outside the courtroom.

The credibility and legitimacy of judicial decisions depend not only on its merit and soundness in law, but also on public perception of impartiality and objectivity of the procedure adopted by the judge. This is a delicate task which judges have to internalise when they assume the role of judging.

Skills and Qualities needed for a Judge

A judge should possess excellent spirit and work on new techniques and strategies for serving the country and also work for the development of the country. There are certain personal skills that are important for the judges including personal honesty and sense of responsibility, impartiality, courtesy, mercy, patience, commitment and self-confidence. Judges often have the ability to work hard as they have to work at speed and under pressure. Excellent public speaking, logical reasoning, analytical, decision-making, debating skills are the other key skills required for the judges to analyze complex cases and to deliver sound legal decisions. Judges must strive for the highest standards of integrity in both their professional and personal lives.

How to become a Judge

In order to become a Judge one has to qualify the Judicial Service Examination conducted annually by Public Service Commission of the respective States. For appearing in this exam, one must hold a legal degree from a recognized university or institution and must have enrolled as an advocate with membership in the state bar council. The age limit for appearing however, may vary from State to State.

Generally the minimum qualifying marks in the preliminary examination shall be 60% for general and 55% for reserved categories i.e. Scheduled Castes, Scheduled Tribes and Physically Handicapped (Blind/Low Vision) (Mobility not to be restricted)/ Orthopaedically. Only those candidates who have obtained 40% marks in each written paper and 50% marks in aggregate (except in the case of candidates belonging to reserved categories) shall be called for viva voce test. The marks obtained in the Viva-voce will be added to the marks obtained in the Main Examination (Written) and the candidates position will depend on the aggregate of both.

For the details syllabus of the exams, refer PSC websites of the respective states. In most of the states, District and Sessions Judges are being recruited through competitive examination conducted by State commissions and also through promotions from those in service/ selected from amongst the practicing lawyers.

Only those candidates who have qualified in the Judicial Service Examination are eligible for the post of a Judge.

The Constitution of India is endowed with three-tier judicial system, which involves Supreme Court of India, The High Courts in the States and Subordinate Courts. So the constitution of India requires that the appointment of Judges must be from amongst the members of the Bar at all these three levels.

To be appointed as a Judge of the Supreme Court, a person must :

The judges of the Supreme Court hold office until they attain the age of 65 years.

To be eligible to become a Judge in the High Court, a person should have held a Judicial Office in India for 10 years or has experience of 10 years practice, as an advocate in a High Court or of two or more such courts in succession.

The judges of the High Court hold office until he attains the age of 62 years.

Each state is divided into judicial districts presided over by a District and Sessions Judge. He is known as a District Judge when he presides over a civil case, and a Sessions Judge when he presides over a criminal case. He is the highest judicial authority below a High Court judge. In addition to the district judge there may be number of Additional District Judges and Assistant District Judges depending on the workload. They are known by different names in different states.

The judges of district courts are appointed by the Governor after consultation with the Chief Justice of the High Court of the concerned State. The necessary qualification to become a district judge is minimum seven years of practice as an advocate or a pleader.

District judges are also appointed by way of elevation of judges from courts subordinate to district courts provided they fulfill the minimum years of service.

Magistrates are appointed by Central or State Government in consultation with the Chief Justice of the High Court of the concerned State.

Judges may be designated according to the level of court in judicial hierarchy as Supreme-Court Judge, High-Court Judge, District-Court Judge; Magistrate –court Magistrate, Munsiff - court Munsiff and preside over the particular court department.

Most judges and magistrates work in private offices called chambers, courtrooms and law libraries. They do most of their work in their chambers, such as read legal briefs and motions, research legal issues, hold hearings with lawyers, and write judgment. The duty of the judges vary depending on their jurisdictions and powers. They may hear cases in civil, appellate, criminal or juvenile courts at the local, state or federal level.

The major duties, responsibilities and function of the judge are :

The Magistrate deals with criminal cases while the Munsif/Sub-judge deals with civil cases. These officers can become District and Sessions Judge  by promotion and subject to their seniority and suitability. They can also be elevated to the office of a Judge of the High Court and the Supreme Court. Earlier District and Sessions Judges were promoted from those in service/ selected from amongst the practicing lawyers but now in most of the states they are being recruited through competitive examination conducted by State commissions.

Earnings and Benefits of Judge

Judges are entitled to receive salary as prescribed by the government from time to time. The salary of Judges varies according to their supremacy or to the court they work. The chief justices of Supreme Court and High court receive high salary than the other judges of these courts. Judges with limited jurisdiction (lower courts – district court, magistrate court etc), such as Magistrates/ Munsiffs generally earn the lowest salaries compared to the judges of HC and SC. The judges are also entitled to receive attractive allowances such as housing allowance, traveling allowance etc.