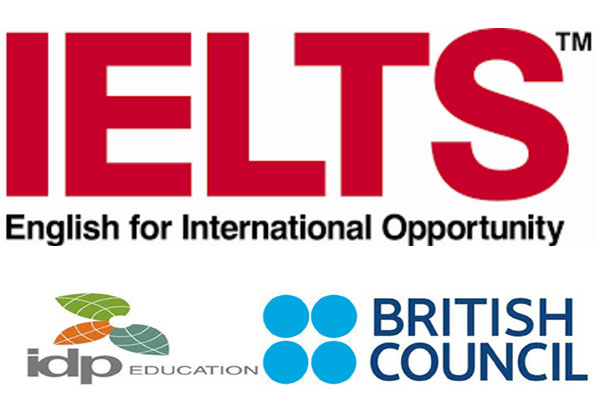 IELTS or International English Language Testing System is a standardized test that evaluates the English proficiency of people whose native language is not English. It is a mandatory exam for people who intend to study or work in the countries where English is the language of communication. The test is jointly managed by University of Cambridge ESOL Examinations, British Council and IDP: IELTS Australia.

IELTS assesses ones complete range of English language skills and nearly all education institutes in the United Kingdom, Australia, New Zealand and Canada require IELTS scores from each applicant. The IELTS test is available to candidates all over the world through an international network of over 290 approved test centres in more than 120 countries, and is held upto 4 times a month.

IELTS test questions and tasks have been designed to reflect the general interests of people from an educated background. The test comprises of four band modules namely Listening, Reading, Writing and Speaking. All candidates are supposed to take the Listening and Speaking modules. There is a choice for Reading and Writing modules, where a candidate can either opt for Academic or General Training Module, determined by the purpose of taking IELTS.

Test duration of IELTS is 2 hours and 45 minutes.

There are four sections in the Listening test in order of increasing difficulty. The first two sections are on topics of general interest. Section one will be in the form of a dialogue and section two will be a monologue. Sections three and four will have an education or training focus. There will be a lecture and a discussion between two and four people.

In the listening section, the listening material which is recorded on a cassette tape will be played, only once. As the candidates listen to this, they should write the answers on the question booklet. At the end of the recorded material, the candidates will be given 10 minutes to copy their answers onto the answer sheet.
In the Reading test, the candidates are required to read three texts of between 500 and 900 words each. There will be around 40 questions to answer and record on the answer sheet within the 60 minutes. The texts and questions increase in difficulty.

There are two tasks in the Writing test. Task one which should be completed in 20 minutes, is a report based on some graphic information and the candidates are required to describe it in a minimum of 150 words. Task two, that carries more weight in the final band score, is an essay based topic which should be written in at least 250 words in 40 minutes.

The Speaking test is in the form of an oral interview between the candidate and an examiner. During the interview you will need to answer questions asked by the interviewer, speak at length on a topic selected by the interviewer and give and justify your opinions on a range of issues related to that topic. Candidates who are not able to participate fully in the conversation may not achieve their potential band score, as they may not be able to demonstrate the level of language skill they are capable of.

It is important that the candidates must practice for each tests regularly to develop their skills of recording, speed of speech, skimming, scanning and other timesaving strategies. The first three Modules- Listening, Reading and Writing- must be completed in one day. The Speaking Module may be taken, at the discretion of the test centre, either seven days before or after the other three modules.

IELTS scores are usually indicated by the band scale. The assessment of the candidates will be reported according to a scale from bands one to nine. Those with almost no knowledge of English is indicated with band one and band nine denotes that the English proficiency of the candidate is as good as that of a native English speaker.

For each section of IELTS test, the candidate will receive a separate band score. The four band scores, one for each section are added together and averaged for an Overall Band Score. Each Band has a statement giving a summary of the English at that level. Overall IELTS band scores and Listening and Reading IELTS band scores are reported in half bands. Writing and Speaking band scores are reported in whole bands. This feature helps the Universities in following their guidelines at the time of admission. The most common requirement is a band score of between 6 and 7. A good IELTS score (band score of 6.0 and more) along with a good GPA (Grade Point Average) is required for many colleges and universities.

The Test Report Form (TRF) will be released on the 13th day of taking the IELTS test. TRF contains candidates band score of each module and overall band score; whether they have completed the Academic or General training test; candidate's photo; details of his/her nationality; first language and date of birth.
IELTS test reports have a validity of two years. The candidate can retake the test if they do not achieve the desired score but not before three months from the first test date.

Computerized version of IELTS is called CB IELTS which is available only for Academic module. It is the same test as IELTS but delivered differently. Listening and reading test are taken on the computer; writing test can be taken either on computer or on paper. But the speaking test will be conducted face- to - face. The CB IELTS is available currently at the New Delhi centre of IDP:IELTS Australia Test Centre Planet EDU in India.