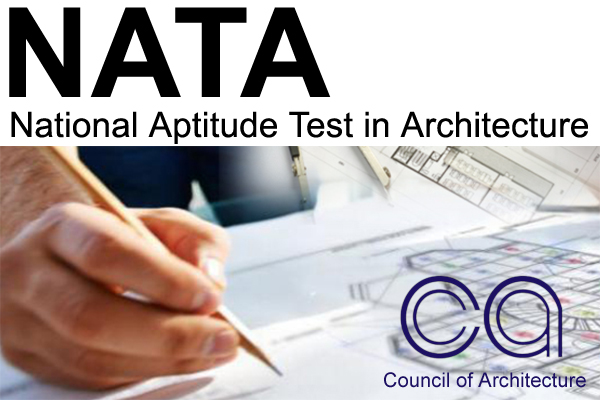 National Aptitude Test in Architecture (NATA) is being conducted by the Council of Architecture in order to provide such a single window system to prospective candidates for appearing in a single aptitude test and to facilitate institutions, students and society at large for admission to First year of 5 year B.Arch. Degree Course at recognized Institutions all over the country.

Over the years NATA has gained popularity and is widely accepted as an aptitude test for admission to First year of 5 year B.Arch Degree Course in majority of the recognized Institutions across India. The counselling and admission are carried out only by the concerned designated authorities of the respective States/Institutions based on marks obtained in qualifying examination and the aptitude test.

NATA measures the aptitude of the applicant for specific field of study, i.e. Architecture. The test measures mathematical skills, general aptitude, drawing and observation skills, sense of proportion, aesthetic sensitivity and critical thinking ability that have been acquired over their school days. NATA is also aimed to ensure that eligibility criteria for admission to five year Bachelor of Architecture (B.Arch.) degree course, as prescribed by CoA and duly approved by the Central Government, are strictly adhered to and followed all over the country in Architectural Institutions.

Candidates from the following backgrounds are eligibile to take NATA :

Qualifying in NATA does not constitute a right/ guarantee in favour of the candidate for his/her admission to any architecture course unless he/she has fulfilled all the prescribed requirements as specified by respective counselling and admission authorities.

Only candidates who have the following credentials shall be eligible for admission to B.Arch. Course.

No direct lateral admission is allowed at any other year/stage of B.Arch. course based on any qualification.

Next
VIEW MORE...
Information
About Us
Advertise with us
Enquiry
Sitemap