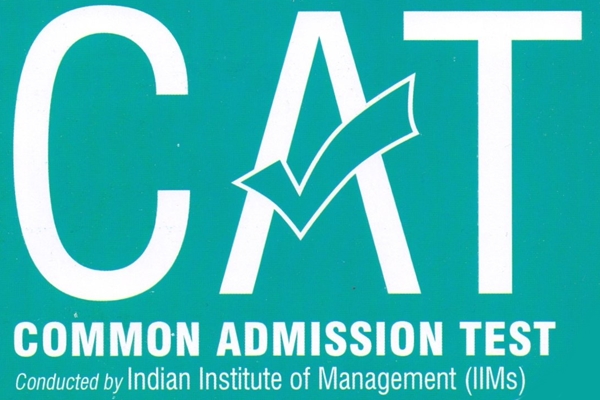 CAT is a standard test to test students logical, mathematical and analytical and linguistic abilities.  The 2 hours and 35 minutes test comprises of two sections. The first section is Quantitative Ability & Data Interpretation; the second section is Verbal Ability & Logical Reasoning. These two sections will be implemented sequentially with separate time limits. The examination will be 140 minutes. Candidates will have 70 minutes to answer 30 questions within each section which will have an on-screen countdown timer. Within the 70 min provided for the section, candidates can review the answers. Once the time ends for the first section, they will move to the second section and will no longer be able to go back.

A 15-minute tutorial will be provided before the start of the test, and candidates are advised to go through that carefully before starting the main examination. The total duration will be two hours and thirty five minutes including the tutorial. A practice test to provide candidates with a feel of the timed sections, as well as navigation and functionality of the actual test will be made available in the coming weeks. Once again candidates are advised to go though them carefully to familiarise themselves with the screens, layout, and navigation.

At the test venue, each candidate will be seated at a desk with a computer terminal and he/she will be provided with a scratch paper for calculations. After the test, candidate must leave the scratch paper at the desk. Rough work cannot be done on any other paper/sheet, as nothing will be allowed inside the testing room. No breaks will be given during the test.

Quantitative Ability (QA) - These questions are designed to stress more on reasoning skills of the candidates, rather than on their computational skills. The level of difficulty of this section is perceived to be higher because the questions are not only lengthy to read but at times require more effort in terms of understanding and solving.
Data Interpretation (DI) - This section based on basic mathematics presents data to the candidate in forms such as caselets, pie diagrams, bar graphs, etc and questions are set to evaluate the candidate’s skills at analyzing the given information
Verbal Ability (VA) & Logical Reasoning - This section typically comprise sentence correction, sentence sequencing, verbal reasoning etc. VA explores a candidates understanding of the English Language and also tests their Reasoning Skills.

The CAT score will remain valid for one year for all the IIMs.

Method Of Selection: The scores of each section and the overall score of the CAT are used for ranking and short listing the candidates for the second round which consists of group discussions and personal interviews.

A formal letter would be sent to the candidates by the respective IIMs for which the candidates have been short listed. GD & PI are conducted by each IIM separately and hence it is possible that a candidate may be asked by more than one IIM to attend GD/ PI on the same date and time. The basis of ranking and finally selecting the successful candidates is based on a diverse set of attributes and may include performance in CAT, performance in GD&/PI, academic, co-curricular and extra-curricular achievements, work experience etc. The weights given to each of these attributes may vary across IIMs as the admission process of each IIM, subsequent to CAT is independent.