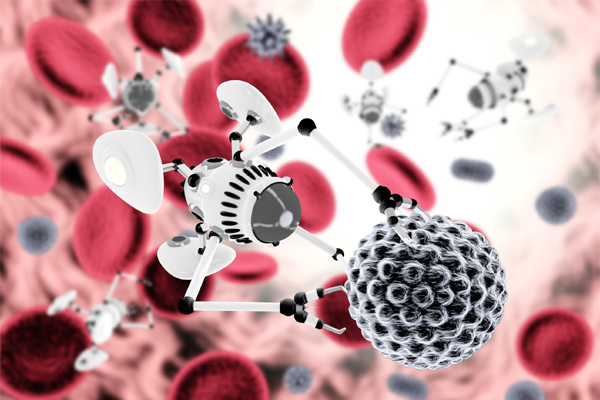 Nanotechnology - the science of the miniature, and the technology of the future - is one of the most exciting and wide area of research which may lead to the greatest technological advances of the 21st century. It is a global phenomenon and an emerging field, that finds its way into a myriad of industrial applications spanning across all areas of science and technology. A form of molecular engineering, it is the technology associated with the creation and scrutiny of minute objects, measuring between 1 to 100 nanometers. Nanotechnology can be defined as the application of science, engineering and technology to develop novel materials and devices in different fields in the nano-range.

'Nano' in Greek means dwarf. Nanometer (nm) is a unit of measurement used to measure very small particles like atoms and molecules. One nanometer is equal to one-billionth (10-9) of a meter. Entirely different from bulk material, nano-materials are 5,000 to 50,000 times smaller than the diameter of a human hair. These light but strong, transparent materials are very active and aggressive in any chemical reaction. Nano-materials can be mixed with strong or weak materials to make them thousand times stronger and more efficient. Carbon and diamond are super examples of nano-materials. The concept of Nanotechnology originated in 1959 and was founded by the American physicist Richard P Feynmam. But the term 'Nanotechnology' was first used in 1974 by Japanese scientist Prof. Norio Taniguchi at the Tokyo Science University. However it was introduced to the world in 1986 by K. Eric Drexler, an American Engineer and the founder of Foresight Nanotech Institute.

Nanotechnology is a unique and special branch of science that essentially combines physics, chemistry, biology, engineering etc. Sometimes known as molecular manufacturing, it deals with the design and manufacture of extremely small electronic circuits and mechanical devices built at the molecular level of matter. The application of Nanotechnology will open new avenues of research in the world of science and engineering in almost every field, from medicine to fabrics. Due to this, the relatively new field is fast emerging as the favorite of all kinds of technological arena and will be one of the most significant enabling technologies in the future.

Even though the field is popular abroad, it is quite recently that Indian industries have started realizing the commercial viability of Nanotechnology. In India, Nanotechnology is at its infancy stage and is targeted towards the main streams like electronics, healthcare markets, and other industrial products. Many scientific institutions have been doing Research and Development (R&D) in this field. The scope and application of Nanotechnology is tremendous and mind-boggling and it is one of the hottest career option available to Indian Engineering graduates. It is an apt career for those who have a scientific bent of mind and a passion for solving mysteries of the minutest molecules. Students with a science and engineering background and even mathematics with physics background can pursue Nanotechnology as a career. Candidates with M.Tech in Nanotechnology are in great demand both in India and abroad.

It is a powerful technology which aids the development of products with futuristic performance. All major sectors of life will be effected by this new area. The two major categories of Nanotechnolgy are Nanoscale technology and Molecular manufacturing. Nanoscale technology covers small structures and can be used for introducing stronger materials, better medicines, faster computers and so on. Molecular manufacturing is an attempt at building mechanical and chemical manufacturing systems that join molecules together.