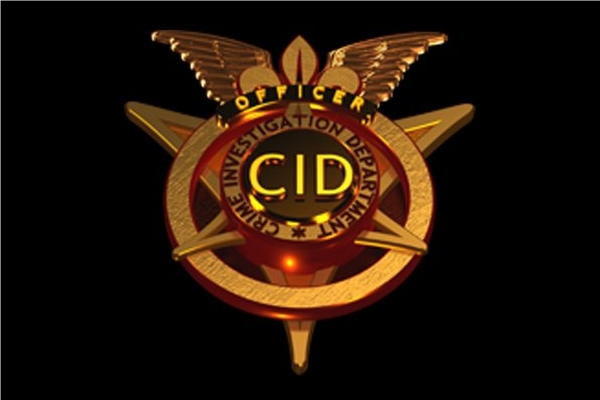 Criminal Investigation Department (CID), a crime detection agency under the Government of India, is a special wing - the investigation and intelligence wing- of the police force in many Indian states. CID investigates specified class of cases and cases entrusted by the Government and DGP (Director General of Police). The department is headed by an officer of rank of Additional Director General of Police (ADGP) and assisted by an Inspector general of police (IGP).

Criminal Investigation Department (CID) was created by the British government in 1906, as per the recommendations of the Police Commission 1902 (Frazer commission), reorganizing erstwhile Criminal Investigation Branch of Bombay Presidency. The CID was bifurcated into Crime Branch CID (CB-CID) and Special Branch CID in the year 1929. While the Crime Branch of CID is primarily and chiefly concerned with matters pertaining to crime, investigation, prosecution and collection of criminal intelligence, the State Special Branch is primarily concerned with the collection, collation and dissemination of intelligence on and about various political, communal, terrorist, labour activities and with relation to various law and order issues like agitations, strikes, demonstrations etc. CB-CID which investigates criminal cases spanning across multiple districts or even states, has specialist sections or cells such as Fingerprints /footprints cell, Anti- human trafficking and Missing persons cell, Human rights cell, Bank frauds, Homicide cell, Dog Squad, Crime analysis and Scientific research center etc.

Police officials responsible for investigations and detective work may be called Investigations Police, Judiciary/Judicial Police, Criminal Police or are often referred to by the name of their department, as Criminal Investigation Department (CID) Officers. CID officers are involved in investigation of major / complicated crimes such as rape, murder, serious assault, communal riots, fraud involving counterfeit currency and any other offences that require complex detection in the opinion of the DGP, judicial court or district authorities. Their main role is to investigate serious crime and to act upon intelligence, which can lead to the arrest and prosecution of offenders. They perform investigative duties such as gathering facts and collecting evidence for criminal cases and fraud. Their job as Police detectives is to enforce laws, catch criminals, collect evidence and testify in court.

The head of the CID in police forces is Additional Director General of Police (ADGP).

There are many posts available for candidates in the CID. Their level of entry is determined by their qualification. The minimum qualification required for a candidate to join as a Assistant sub Inspector in the CID is a pass in class 12. If one aspires to join as a Sub Inspector, he/she should have cleared graduation. Graduation is the requirement for officer level post as well. Course in criminology is an added advantage to the post. There are many universities in India that offers courses in criminology. The basic qualification for this course is a pass in class 10+2 with arts or science. For those candidates who have a background in law, special courses in criminology are available.

The role requires a sharp eye for detail, excellent memory, a good judgment of character as well as experience of working alone and as part of a team of other officers.

There are two ways to enter into Criminal Investigation Department. One is direct from the state police force through promotion. For this first after graduation join police service then you will be posted/transferred or promoted to CID wing as per your track record or by seniority whichever is preferred by the seniors. To become a CID officer one should require to have at least two years as a uniformed officer. After that you can apply for the transfer to CID office post, there you will be trained. While training they will refer you as Trainee Constable. The training will be of 2 years, after training you will become a fully fledged Constable. Other option is to write Indian Civil Services examination that is held by the Union Public Service Commission. The notification for the examination is published on the official website of UPSC which the candidates should read for any information. Examination comprises of written test, interview and physical test. One must have detailed knowledge on current happenings in the society in order to succeed in interview.

Pay scale varies with ranks. However one can get pay range between Rs.8000-24500. In addition to the salary, civil servants receive various allowances such as grade pay, Dearness Allowance, City compensatory Allowance, Leave Travel Allowance, Medical and subsidised housing.