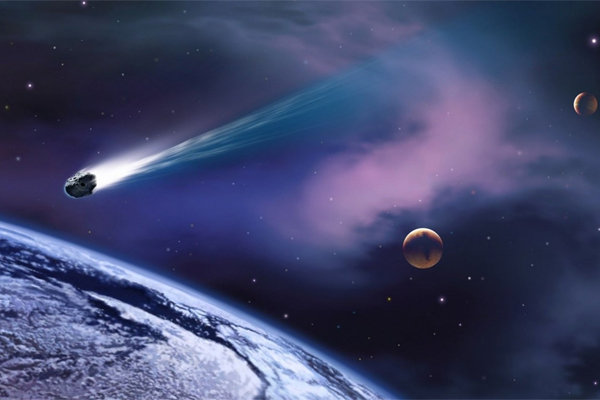 Astronomy, the oldest and the most fascinating science, deals with all the celestial bodies and the material universe beyond the earth's atmosphere. It is the science of the Universe which includes the study of motion, nature, law, constitution, history and possible future developments of heavenly bodies like the sun, planets, stars, comets, meteors, galaxies, satellites etc.

Astronomy, sometimes considered as a sub-field of Physics is further divided into several branches such as Astrophysics, Astrometeorology, Astrobiology, Astrogeology, Astrometry, Cosmology etc. All these branches together helps to unravel the mysteries of the universe. It is a promising and amazing career for those who are interested in the mysteries of the universe and has a desire to unravel them. Since each country is going in for nuclear testing, the need for scientists in the filed of Astronomy is increasing.

In the professional level, astronomy is divided into observational astronomy and theoretical astrophysics. While the former deal with observing celestial bodies by using telescopes, binoculars, cameras, unaided eyes etc and collecting data for building and maintaining instruments; the latter is concerned with data analysis - finding out the conclusions of observations of computers and  explaining the observational results. Theoretical astrophysics is more analytical and astrophysicists model data.

For entering into this field, one should be good at general physics. Astronomy is a vast field which varies from the instrument building teams to the theoretical branches where mathematical ability and physical intuition is essential. Apart from good programming skills, curiosity and ability to search out answers are also essential in this field. One's career in this field depends on what aspect of astronomy they are interested to work in. If interested in doing instrumentation or experimental astronomy, one can opt for the engineering stream. Instrumental astronomy specialises in the design and construction of astronomical instrumentation at different wavelengths, for ground and space-based observatories. Experimental Astronomy acts as a medium for the publication of papers on the instrumentation and data handling necessary for the conduct of astronomy at all wavelength fields. Those who have chosen science stream can do theoretical astronomy or observation.